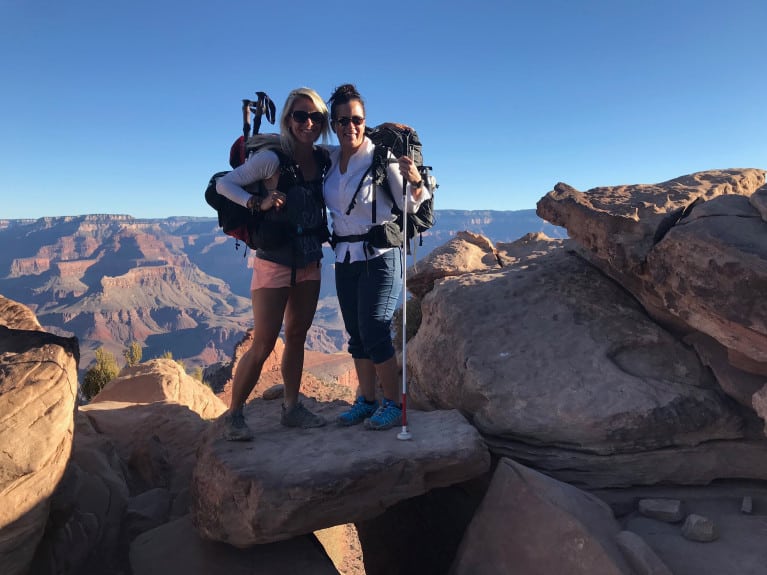 In a couple of weeks, two women will set out on the 24-mile rim-to-rim-to-rim hike of the Grand Canyon. One of them, Sara Schulting-Kranz, is a Hermosa Beach life coach.

The other is an Army veteran and former emergency medical technician. Who is also blind.

Shawn Cheshire lost her eyesight, after a workplace head injury, when she was just 34. Now, with the help of Schulting-Kranz, she will try to break the Guinness World Record — 28 hours — for a blind person making the trek.

Cheshire, a Paralympic hopeful for 2020, has battled varying degrees of depression since her injury — but exercise has helped. So in June, she asked to join a Grand Canyon retreat that Schulting-Kranz leads around three times a year.

The Hermosa Beach life coach didn’t hesitate to say yes. They hiked the canyon that same month. Then Cheshire suggested they tackle a complete rim-to-rim-to-rim crossing.

“I love what she stands for,” Shulting-Kranz said. “I just wanted to do this alongside her.”

Read the full article on the DailyBreeze.com